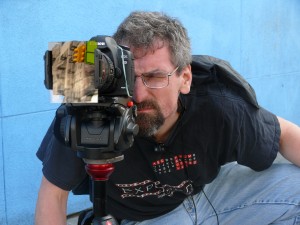 Arthur has over 10 years of film and television production experience as a line producer, producer, and director. He recently wrote and directed Found In Time, a fantasy feature film, which won the Best Sci-Fi Feature award at the Shriekfest Film Festival, and was an official selection at the Eerie Horror Fest. Caleb’s Door, his first feature, is now available on DVD and VOD through distributor Around The Scenes.

Between 1996 and 2007, Arthur was a partner in ArtMar Productions, an independent production/education/consulting company. In 2007, Arthur founded Chaotic Sequence Inc., which focuses on producing shorts and features. To date the company has production managed several short films and other projects, as well as Found In Time.

Prior to line producing, Arthur worked in just about every department, for ABC, NBC, BBC America, MSNBC, the Knitting Factory, and various independent production companies in the New York City area.